Bars: To Trim or Not To Trim 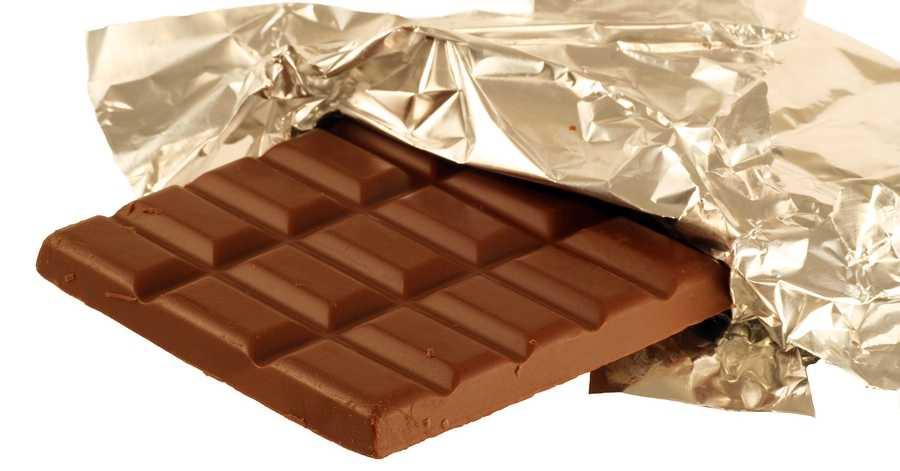 I received a question from Becky about trimming bars:

Should the bars be trimmed, some say no and some do which is best for the horse and why?

Well the direct and honest answer is this…

Bars should be trimmed when they need trimming and not when they don’t.

Yeah, even I roll my eyes at that, however it does explain the differing advice out there. For some reason, when people give advice on trimming they speak in absolutes, like there’s some sort of gospel, or rule book. Having rules to follow does make you feel a little more confident, but ultimately, understanding what’s going on is going to get you what you really want…

So… Let’s talk about bars… (does anyone else have that Salt N Pepa song in their head or is it just me?) http://www.youtube.com/watch?v=ydrtF45-y-g

What Do Bars Do Anway?

When I was first learning I wasn’t taught a huge amount about what bars actually do. I mean, I was told what they do as in how they behave (and most of what I learned, I’m not sure I still agree with) but not what they are actually there for. I’ve figured a few things out though. 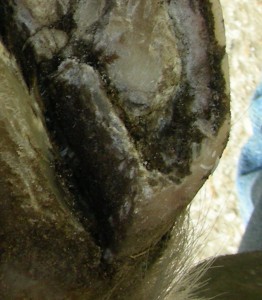 So there’s a strong bar (hoof cleaned up but as yet untrimmed, if you’re wondering).

It occurs to me, looking at the bar, the shape it makes the with wall, it’s location, and with a correct heel first landing, that the bar would make a rather awesome traction device.

Unlike studs which cause the hoof to come to a stop far too quickly, causing stress and strain to the bony and soft structures in the body. The bar, being made of horn, and a triangle, wedge, hook kind of shape, would, infact give traction, but allow a little slide, thus reducing the jarring effects of coming to a stop too fast.

Plus, inspite of the way the photo above is cropped, there is in fact a bar on each heel, which allows some slide, but not too much, and having one on each side, means you don’t have a turning force on the leg during the landing phase, like you would from a stud. Cool huh!

It’s almost like nature makes better designs than we do 🙂

I’m loathe to say that bars are natures studs, because really, studs are just a very, very poor imitation of the bar.

So, do you want to trim them?

I feel sure that, if the bar was supposed to be level with the sole, there would be some mechanism within the hoof that caused this to happen. I don’t consider a human being with a knife to be a hoof function 🙂

And when it’s muddy. Traction is gooooood!

If your bars are overlaid, and generally splatty, then they’re not really doing much for your traction, because they’re pointing in the wrong direction. What’s more, as they get longer, they go further in the wrong direction. Not only that, but they’re unlikely to receive any wear, and the stimulation they receive will increase their overlaid, splattiness. So then I’d trim them.

Trimming them wouldn’t fix the problem at all, but it would provide some management while you go about removing the cause of your overlaid bars. It would also increase the chances of pressure being applied to the bar in a way that’s going to stimulate growth in the right direction.

So why are the bars overlaid?

The bars overlay, and go splat, when the lateral cartilage is weak. Most often this is caused by an excessive heel first landing, and mild inflammation in the hoof.

So we have mild inflammation in the hoof, and the hoof capsule is landing heavily, not on the heel purchase, which is the ground bearing surface where the bar meets the hoof wall, but on the back of the hoof wall at the heel. This causes under run heels, which also pushes the bars forward.

It turns out that in over 10,000 photos of hooves I have at my fingertips, I haven’t taken a single photo of overlaid bars before I’ve trimmed them. Sorry about that. I’m going to do a video about this, so I can show you what I mean… Just as soon as it stops raining! (sign up to the blog if you don’t want to miss it – or check back obsessively until we have some reasonable weather).

I also want to say that impacted bars don’t exist.

If you’ve never heard of impacted bars, then skip this bit. The bar is part of the hoof wall. It’s no more realistic that the bar can start growing up inside the hoof than it would be for the hoof wall to start growing up above the coronary band, or indeed your own fingernail to grow from the nail bed, up inside you finger to your knuckle. The underlying structures simply can’t do that.

It also seems unlikely that there’s a structure on the bottom of the hoof that isn’t made for the horse to stand on or at least be capable of the horse standing on it. Really, nature wouldn’t do that. If you’re trimming bars off and they’re coming back really fast, they’re not falling out of the hoof. Pressure stimulates growth, and inflammation causes pressure, so the trimming is causing extreme inflammation. Please stop, do some dissections and have a rethink about bars.

Bars… To trim or not to trim – you decide 🙂
Has this post helped in your understanding of what the bars do?
How has it changed your view of the barefoot horses have more/less traction that shod horses debate?

Tell me what you think in the comments below…
Debs