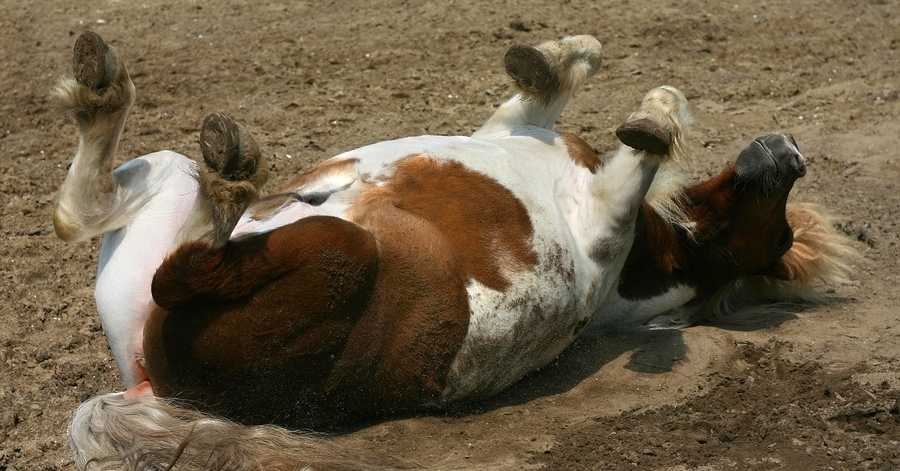 So in the last post we were talking about conditioning hooves to strengthen the hoof capsule so it’s able to function correctly and perform to a higher level.  But there’re more reasons for a horse to have sore feet, than lack of hoof structure.  Sensitive hooves are usually due to internal structures.  The ones with a blood supply and a nervous system.  They’re also referred to as ‘the sensitive structures’ 😉

If you’d like to read the previous articles in this series first, here’s the links…
Part 1: In Good Condition

How Long is A Piece of String?

What’s more, if you’re waiting for the hoof capsule to strengthen for your horse to become comfortable, you may be waiting a long time.

Firstly the issues that cause sensitivity also tend to inhibit the speed of growth and regeneration (ie how quickly the hoof capsule improves), and secondly if you do get the hoof capsule strong but the foot inside it is still sensitive, then your horse will still be lame.

On a number of occasions I’ve found myself saying to a client ‘well his feet are crap, I’ve no idea how he’s comfortable but he is so YAY! (on special occasions I may even clap my hands) lets go with it!’  In these cases there’s no sensitivity issue – and trust me, the hoof capsules can be awful!

Perhaps at this point I should point something out.  When we talk about a horse having sensitive feet, it’s not really truly what we mean.  Like many things about feet, and life in general, we misuse terms, hence the frequency with which I find myself asking ‘define your terms’.

All feet are sensitive.  They have a blood supply, nerves and proprioceptors, they grow and change in response to stimulus.  They’re live biological structures, hence, they’re sensitive.  Which is, in part, why we rarely think about it.  It simply goes without saying and thus often gets forgotten.  What we mean when we talk about horses with sensitive feet is usually that they have ‘over-sensitive’ feet.

I know that sounds pedantic, but getting clear on exactly what the problem is, is essential to determining the most effective solution.  It helps you find the fastest, easiest way possible to getting the sound, healthy horse you want and to becoming the happy stress free owner you want to be.

Get clear on what the problem is, and you realise that half of the things that worry you are incidental.  It frees up a lot of brain space, and makes it easier to see improvements, or on occasion deterioration, so you can make changes as necessary rather than wondering how things got so bad.  But I think I’m digressing here…

So What Causes Sensitivity?

The squillion pound question!!!  Once you take into account the biochemical individuality of your horse (fancy way of saying every horse is different – but in fairness, there’s real science behind ‘every horse is different’ it’s not just ‘airy fairy we don’t know’ stuff) there are literally limitless causes of sensitivity, so I’m going to break it down into simple big picture pieces.

Pressure
By far the most common cause of sensitivity in a horses foot.  The main causes of pressure are inflammation, oedema (edema) and abscess.  Basically it’s extra fluid in the hoof capsule.  While the hoof capsule is skin, the skin is able to stretch considerably to accommodate swelling, where as the hoof capsule can’t.

The extra fluid inside the hoof capsule has no room, therefore increases the pressure on the sensitive structures of the foot.  In low levels this causes increased sensitivity of the foot, in higher levels it can cause extreme pain.  It’s not uncommon for a horse with an abscess to be suspected of a broken leg.

Nerve Problems
It’s somewhat self explanatory really.  All sensations, good, bad, functional, whatever are transmitted through the nervous system.  If there has been nerve damage, then the sensitivity as nerves repair and reconnect to the brain can be painful.

Actually I’ve experienced it myself and most of the time it’s a downright weird feeling.  Hot, cold, wet, drafty, wonky proprioception, burning, tickling and sometimes pain are just a few of the things you may feel.

I want to be clear though.  It’s rare that sensitivity is due to damaged nerves.  I know there’s a school of trimming (it hurts me to call it trimming) that says shoes make horses feet numb.  Well in that case I ask 1 question…  Why do shod horses go lame with foot problems if their feet are numb?  How come they respond to hoof testers? (ok 2 questions.  I just can’t help myself!)

Always dig deeper (for knowledge – not when trimming!)

So now we know the big picture causes, what’s behind that?  How do you tell?  What do you do?

Pressure in the Foot?

The most obvious way of telling there’s pressure in the foot is if there is a digital pulse.  If you can feel a digital pulse the blood is not getting into the foot freely.  Most commonly because there is pressure in the foot, but it could also be due to a swollen coronary band, which I’m not covering in this post as we have more than enough to be talking about already!

Not sure how to take a digital pulse? There’s a How To Sheet for it on the Resources Page

If they can’t stretch they can’t accommodate the extra fluid.  Hence the pressure.  What causes inflammation?  Well inflammation is the body’s first response to healing.  It’s the body’s way of protecting itself.  So… pretty much anything really.  Any allergen, toxin, injury, infection, cut, virus, food intolerance, hormone imbalance or stress.  They all cause inflammation at some level.

Most of the time the level of inflammation from of any one of those things is mild.  The problems can however, be accumulative, which is why all over health is important.  A bit of an allergy, with a bit of an infection and a bit too much grass, an extra carrot or some extra stress.  Well that’s 4 or 5 bits.  It’s best I don’t get started on toxins in the environment 🙂

Skin conditions cause inflammation.  Mud fever, heel mites, fly bites, whatever the cause of skin inflammation, it can affect the feet.  Causes of inflammation is a whole book, so I’ll leave it here.  Just know, if the body is inflamed, the feet are also part of the body.

Oedema
Or Edema in some countries.  Basically it’s fluid retention.  Leaky cells or an under performing lymphatic system.  Think of fluid retention in people.  It’s worse in the ankles and feet.  In your horse it will be just above his fetlocks, if caused by inactivity.  You’re most likely to see it in older horses after they’ve been stabled for a while.

You’ll see it above the eye socket in horses (or people) when there’s a link to a kidney issue of some sort.  It can be something as mild as a salt imbalance so don’t panic just yet, but be aware, and see if there’s any other signs of trouble.

If the legs are filled with fluid, it stands to reason the hooves are too.  You can’t really squish the hoof capsule in the same way you can above the fetlock.  At least – I really hope your hoof capsule doesn’t go squish!

Abscess
Well puss in the foot is extra fluid.  The fact it’s formed suggests that there’s been some sort of circulation problem in the first place.

This one’s taking a while to get through!  Thanks Katie-Marie.  Now we’ve covered how to tell whether conditioning is appropriate for your horses feet, I’ll cover how to do it in the next post.

If you missed the first post in this conditioning series, In Good Condition there’s a link to it here.  Between that post and this one you should have an idea as to whether you have a weak hoof or a sensitive hoof.  Let me know if you’re still not sure!

*For our American readers, pants doesn’t mean trousers.  It means knickers, underwear, big frilly bloomers!  Generally it means bad, which now I’m explaining it, makes me wonder…  I’ve never really thought of underwear as bad, or in any sort of negative way.  Some might even consider it useful, so why it’s a term to describe something being rubbish, I’m a bit perplexed about.  Oh dear – now I really have something to think about don’t I!!!